The Importance of Being Elderly 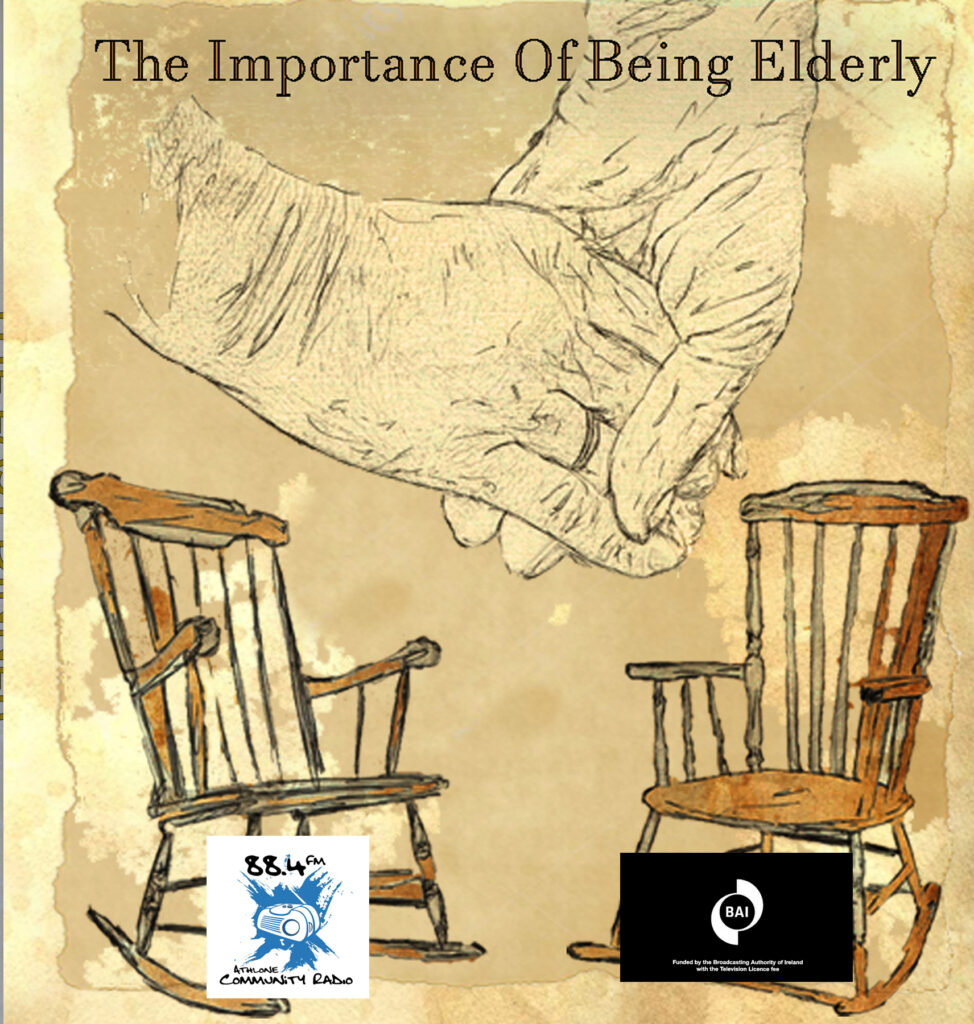 The Importance of Being Elderly

The Importance of Being Elderly, a new documentary from Athlone Community Radio.

The Importance of Being Elderly is a one hour documentary that will tell the story of how we treat the elderly in our society. Ireland’s population has been getting steadily older since the 1980’s, so with a growing older population what services are available and what is needed to allow the older members of our society live safely in their own homes.

We will also hear from the people that support them by visiting and recording them as they carry out their roles.

The programme includes recordings from visits to services nationally and locally, and the voluntary organisations that represent the elderly in Ireland.

Anne Dempsey, Communications Manager with Third Age and Seniorline tells of the wonderful work her organisation is doing while Patricia Rickard Clarke, Chairperson of Safeguarding Ireland says “we are light years away from what is needed to support the Elderly in our community”, Damien O’Neill, Manager of Local Link Longford /Westmeath based in Mullingar talks about their invaluable service. The team joined Des Powell, an Advisor with Helplink South and the staff who answer the phones for elderly panic buttons in their offices in Athlone.

Deirdre Hunt of Athlone Community Radio, who researched and recorded the documentary said “we recorded on location in St Kieran’s Community Centre with the Active Age Group as they attended bingo and talked about issues that affect them, we also joined the local Forget Me Not choir at rehearsals”.

She went on to say sadly elder abuse is an issue in our society and a very personal story was told by a lady who says her Mum died of elder abuse. It is the first time the story of elder abuse, what safeguards are in place in Ireland for our aging population and how the older members in society in Ireland are supported will be aired on radio.

A sincere thank you to all the people who helped and supported the making of this documentary.

Tessie who tells the sad story of her mum who was a victim of elder abuse.

Des and the staff in Helplink South Athlone.

The Forget Me Not Choir in Monksland

This programme is funded by the Broadcasting Authority of Ireland with the Television License fee, it is an Athlone Community Radio productio