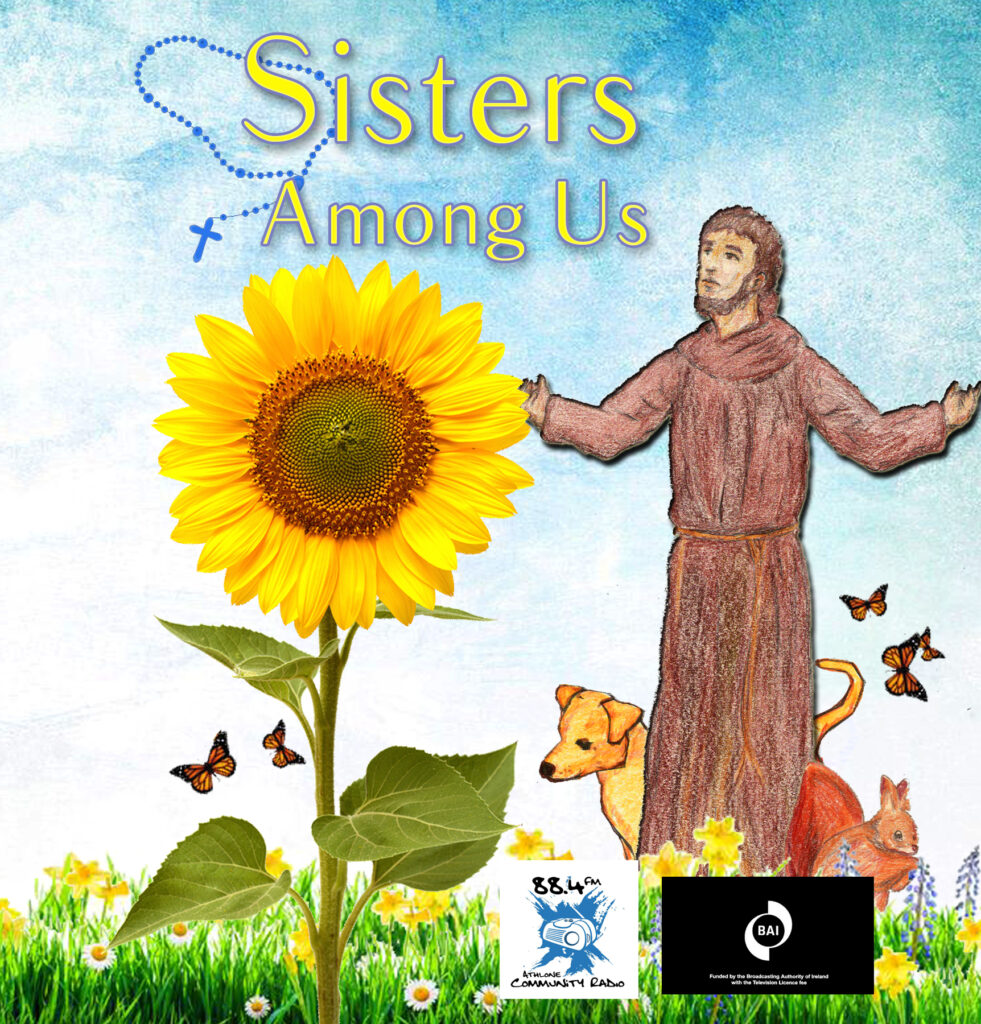 Sisters Among Us tells the story of three women who chose “many, many years ago” to follow a religious career path with the Franciscan Missionaries of the Divine Motherhood (FMDM), and then went on to devote their lives to helping the less fortunate of this world.

During the 55-minute programme, Sister Bridget Veale, Sister Rosa Cashman and Sister Brid O’Sullivan give us a fascinating insight into their life-long missionary experiences across the world, driven by their faith, but involving multiple emotions – happiness, sadness, loneliness, excitement, terror, hurt, solace, peace and contentment.

We hear about their travel, education, teaching, the demands of missionary life, and treasured homecomings, right up to the current time, as they rest after a life’s work well done.

The programme includes recordings in studio and on location with the sisters at the Franciscan Convent near Portiuncula Hospital in Ballinasloe.

The programme also includes several songs from the musical ˜Assisi” which was staged by Sisters, staff and friends of Portiuncula to commemorate the 800th anniversary of the birth of St Francis, and which helped to fund the new wing onto Portiuncula Hospital in the 1980’s, which now houses the A & E, outpatients and laboratories.

Narrator and Scriptwriter Maeve O’Healy Harte tells us why she was inspired to tell their stories:

“While living in Ballinasloe in the 1980’s, I took part in the musical “Assisi” which was based on the life of St Francis of Assisi. The cast also included several of the Franciscan Sisters from Portiuncula Hospital, and I got to know and respect them for the great work they were doing at the hospital and throughout the world. Last year when the opportunity arose in the Athlone Community Radio through the Broadcasting Authority of Ireland’s Sound & Vision Scheme, I was honoured when three of the Sisters agreed to tell, in their own words, the story of their lives of service and mission, and what it has all meant to them now that they are in the autumn of their years.”

Sisters Among Us is an Athlone Community Radio production and is funded by the Broadcasting Authority of Ireland with the Television License fee.

Thank you to our listeners.