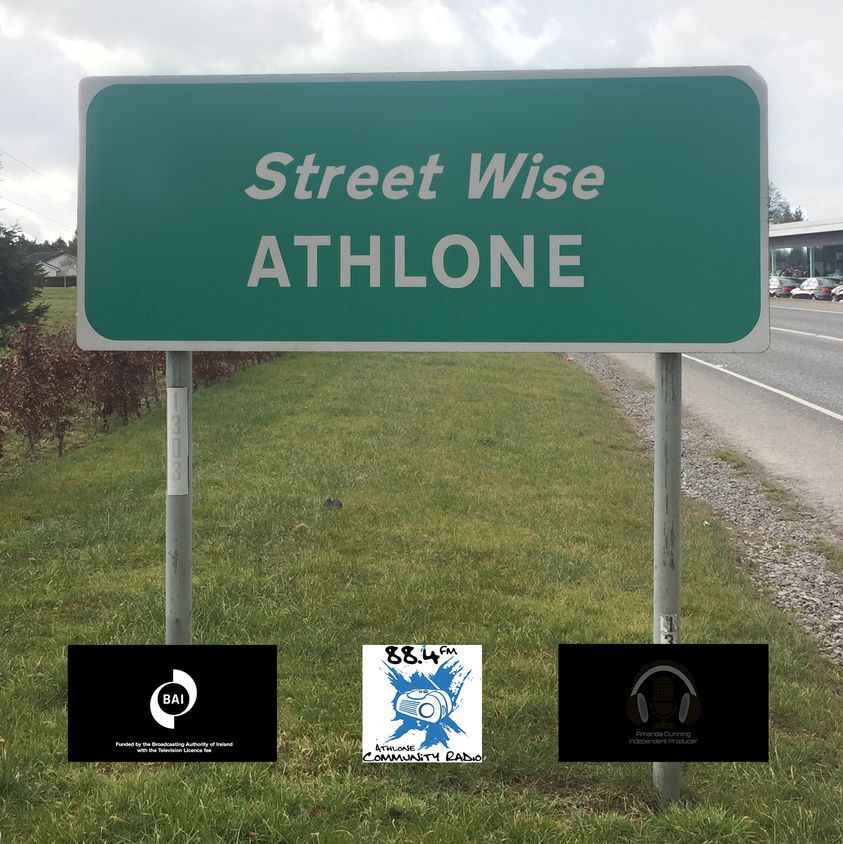 Street Wise Athlone is 52-part radio series covering history, activities, and memories from streets, estates and areas in and around Athlone.

Below you will find episodes 7 -12 of Street Wise Athlone.

Street Wise Athlone: Episode 8 – Clonown : In this episode, historian Gearoid O’ Brien speaks about his personal attachment to the area, Rita Curley remembers her childhood days in Clonown, and Sharon Shevlin tells the story behind and recites her Ode to Clonown.

Street Wise Athlone is funded by the Broadcasting Authority of Ireland with the Television Licence Fee.